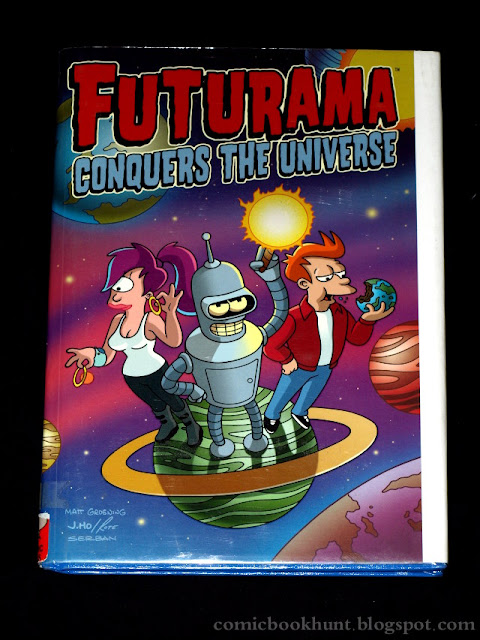 This Futurama book is the first trade I bought from the bargain pile of NBS. It's a second-hand book that I found in the SALE pile outside the store a few years ago. It was at one time the property of a library abroad, based on the sticker on the spine and the stamps inside the book. I'm guessing, once upon a time, this lived it's life as a paperback at that library, and that it was just hardbound to minimize wear. I got it for only Php 99.00. What a steal!
Posted by Ryan at 8:00 AM Links to this post 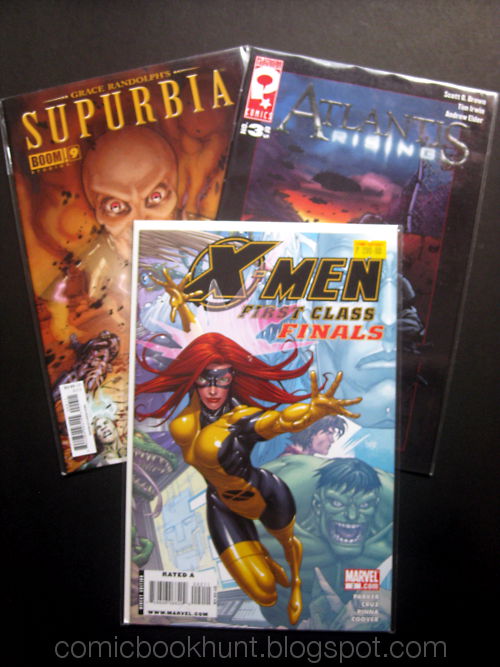 I found these three on a recent trip to the comic book store. I was done doing errands and was just killing time while I waited for my family. We were going to have dinner somewhere nearby to celebrate my mother's birthday. I decided to pop into a comic book shop while waiting for their call.

I figured I only have a very short time to check out the comics before I need to leave for dinner, so I  made a point of first checking out the X-men bins.

All back issues in the bins, including the X-men comics, were marked down to PHP 50.00. It was in those bins that I found a lot of X-men First Class titles, including X-men First Class: Finals #2! I've been searching for it for some time now because it's the last issue I needed to complete the Finals miniseries which had a total of four issues. After finishing flipping through the X-men comics, I switched to the other side where the Php 20.00 comics were. This is where I found Supurbia #9 and Atlantis #3.

I kind of feel like an idiot for buying Atlantis #3, because when I got home I found out I already have one in my collection.  I've completely forgotten! But on the bright side, it is in a much nicer condition than the previous copy I own, so I'll just swap that out with this one. 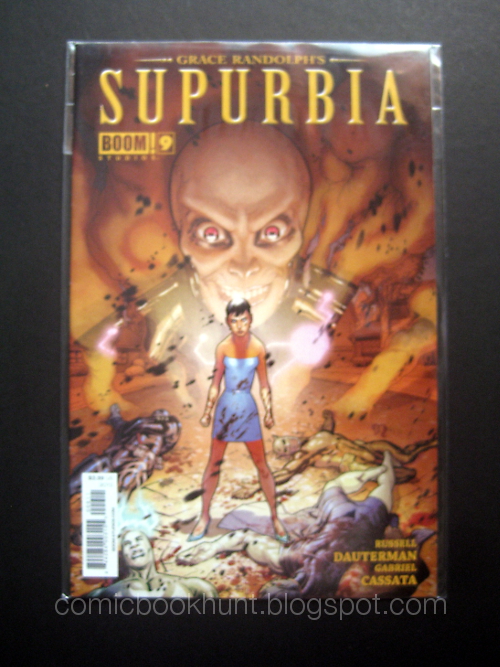 Supurbia #9 was actually a bit of surprise, because I thought it was only a four-part miniseries. I already have the first few issues of the miniseries. Later, I did a search online when I got home and learned that the title has 14 issues to date. So I guess there are more for me to hunt down.

It wasn't long after that I had to leave because my family is already near. So I paid for my bunch of printed geeky goods and off I went, happy with the thought that I can finally finish reading one of the titles I've been trying to complete.
Posted by Ryan at 1:14 AM Links to this post

I Went to TOYCON 2015 and All I Bought Were Comics 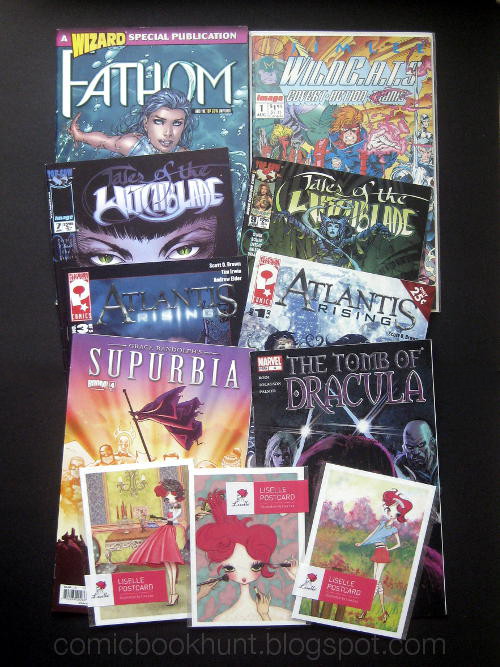 Yes. I went to TOYCON and bought comics. Plus a magazine, a few postcards and some trading cards, too. Okay, I actually bought some toy-related accessories: a couple of Marvel Legends flight stands. But enough about the flight stands, let's get to the comics and everything else that I got.

First up are the comic books and magazine that I got at Comic Odyssey's booth. Every year they have a massive booth filled with good stuff. This year was no exception.