Tips When Hitting Sales and Conventions

Since the 9th Philippine Toycon is just days away,  I decided to put together a "Survival Guide" of sorts that is based on my personal experience. I've gone to several cons since I've gotten back into comic book collecting, and these tips, which were borne out of trial and error, have helped me get through them. These may not be fool-proof, but these have worked for me so far. 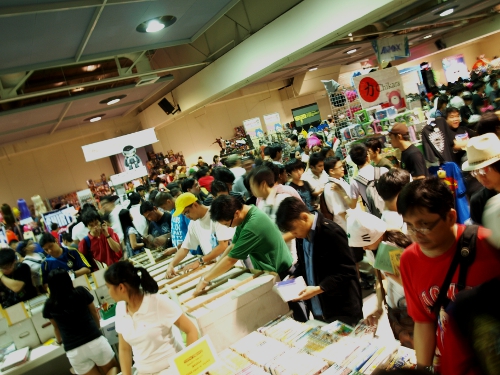 5 days to go till the 9th Philippine Toys, Hobbies & Collectibles Convention! I wonder what gems I'll find at the booths. I'm so excited! 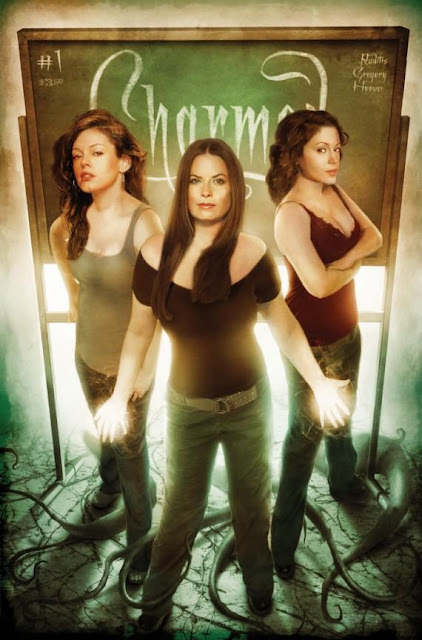 TV's hit supernatural drama Charmed is making a comeback-- in comic book form. I've just gotten confirmation by reading on Newsarama that Zenescope Entertainment has acquired the publishing rights for the TV show. OHMYGOD! I LOVE YOU ZENESCOPE!!! Check out the beautiful  cover of the first issue!

Charmed is one of my all-time favorite TV shows, and I think it's about time that a comic book about them gets published. I hope they include my favorite character Prue, who was killed at the end of season 3.

Dave Hoover will be penciling, while the story telling will be shared by Paul Ruditis and Raven Gregory. This comic book series is said to feature a brand new storyline about the Halliwell sisters Piper, Phoebe and Paige--which picks up where the show left off in it's final season. How they're going to do that is actually very interesting, because the final scenes of that series finale showed a very old Piper Halliwell telling the stories of the Charmed Ones to her grand children. That aside, I am so excited to see how this turns out.

Issue #0 comes out this June, and the first issue debuts this July at the San Diego Comic Con.

See the model sheets for the characters here.
Posted by Ryan at 3:04 AM Links to this post 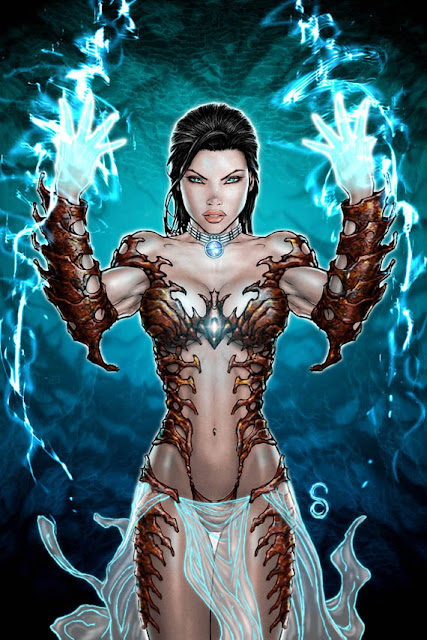 "The past comes crashing into the present in this exciting all-new Aspen mini-series, FATHOM: BLUE DESCENT! Dissension takes center stage in this pulse-pounding second issue of Aspen's all new FATHOM mini-series. Absaloma is a member of the Blue, searching for answers to his own purpose within the ever-changing landscape under the surface. However, his self-exploration takes a back seat for a search far more important to his livelihood - the search for his captive wife (and Aspen's mom!), Eilah! Kidnapped by the race known as the Black, Eilah's lurid nightmares of this mythical species came to horrifying life when their arrival indeed turned into a reality. Now, with a new focused determination and motivation, it is up to Abseloma and his trusted childhood friend Zo to rescue his wife from the ominous race of the Black......Over a decade's worth of answers spill out onto the pages of this exciting, all new FATHOM: BLUE DESCENT mini-series!"


So this'll start off another mini-series for my favorite underwater gal. I'm so excited! This new mini-series will be written by David Schwartz and illustrated by Scott Clark. Fathom: Blue Descent #0 drops this June.