Photos From the 6th Komikon at the Starmall Trade Halls 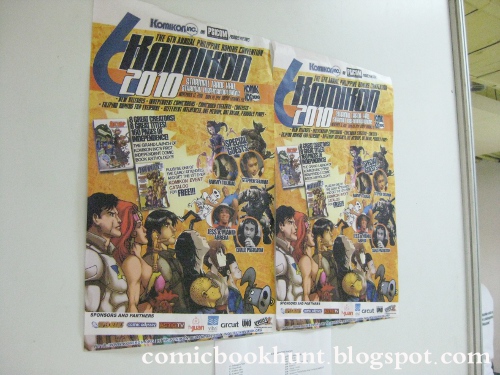 I went with buddies Drew, Kat and Joiz to the 6th Komikon or Komikon 2010,  held last November 13 at the Starmall Trade Hall in Mandaluyong city. The event was graced by featured artists Manix and Jess Abrera, Carlo Pagulayan, Harvey Tolibao and Stephen Segovia. Also seen were Pugad Baboy creator Pol Medina, the Bayan Knights and Point Zero guys.   There were also a lot of indie and local comic books and artists.

First booth I went looking for was the Comic Odyssey booth. Like that's a big surprise. I wanted to dig their 20 peso bins for issues that were on my list ( which I forgot to bring). They had a huge booth at the far end of the hall, which by the way was actually very small so it got really crowded. The 20 peso bins were such a hit, as usual so I really had to wait my turn and also elbow some patrons, as some of them were elbowing their way in, trying to get in without waiting their turn. More on my purchases later. Photos of the con after the jump. 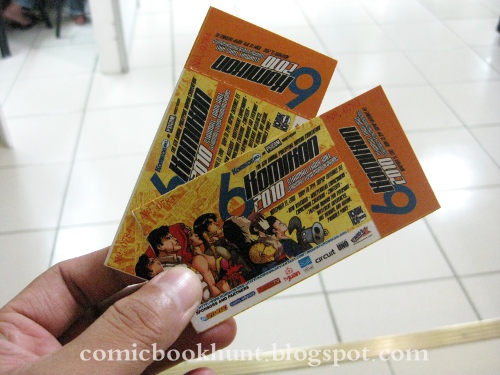 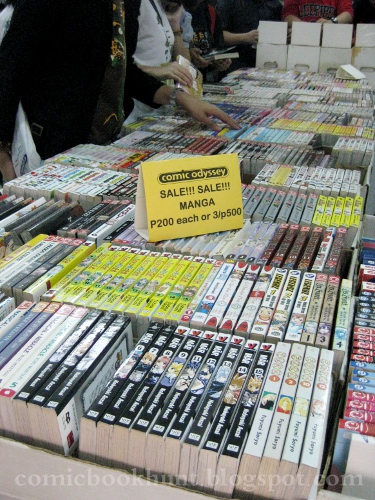 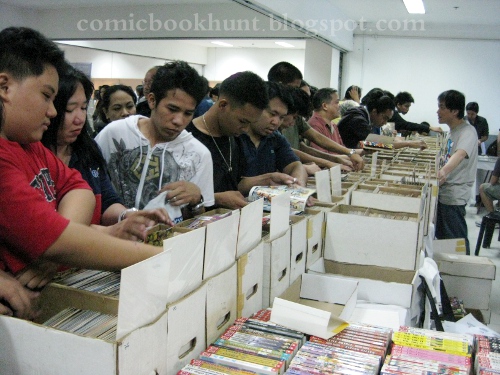 Comic Odyssey's 20 Peso comic bins were such a hit 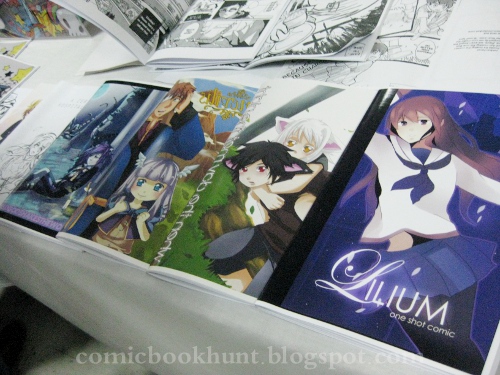 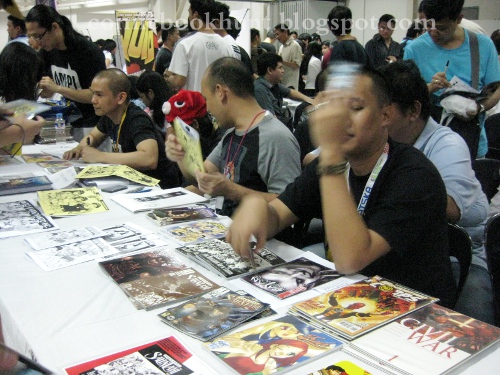 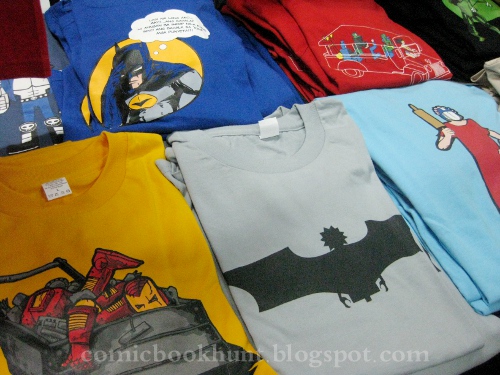 I want that mananagal shirt! 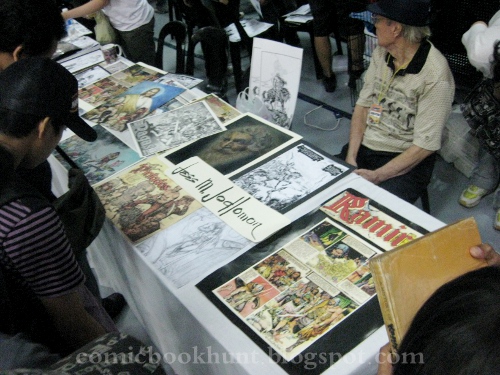 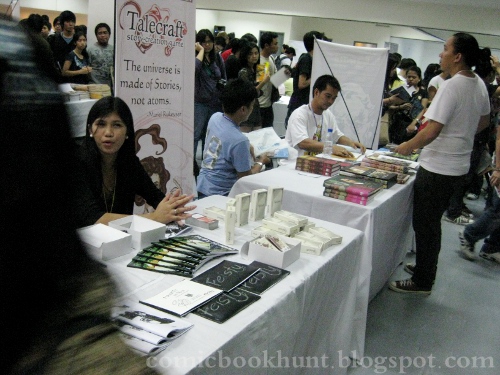 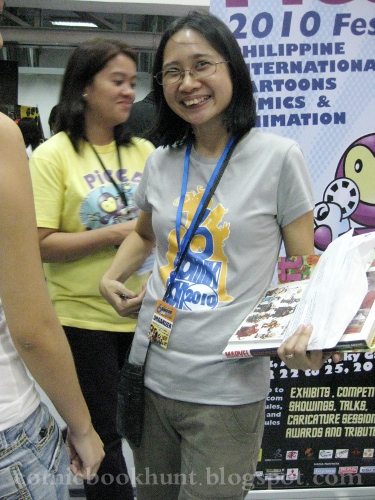 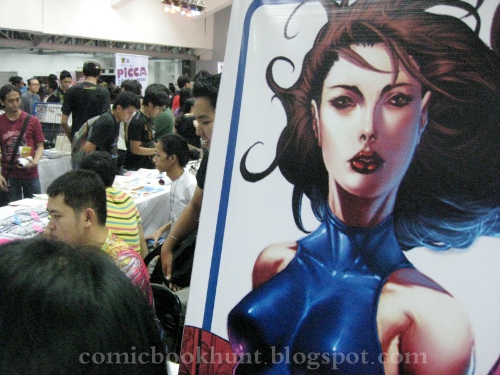 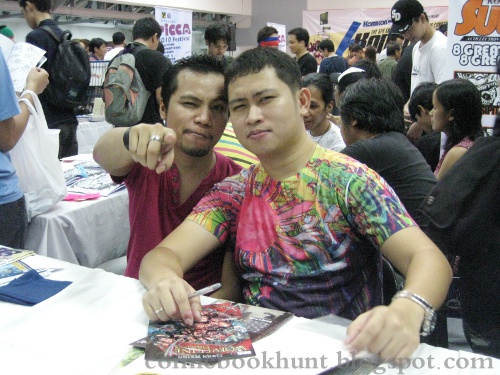 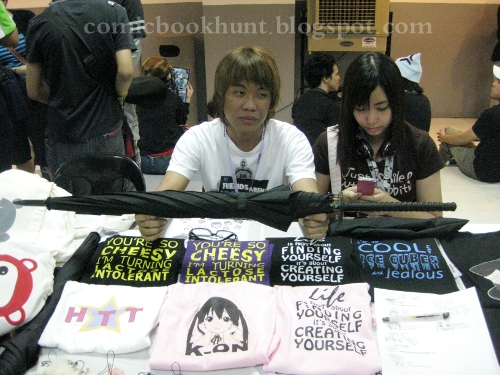 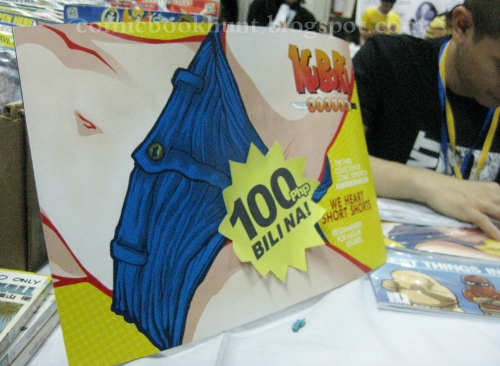