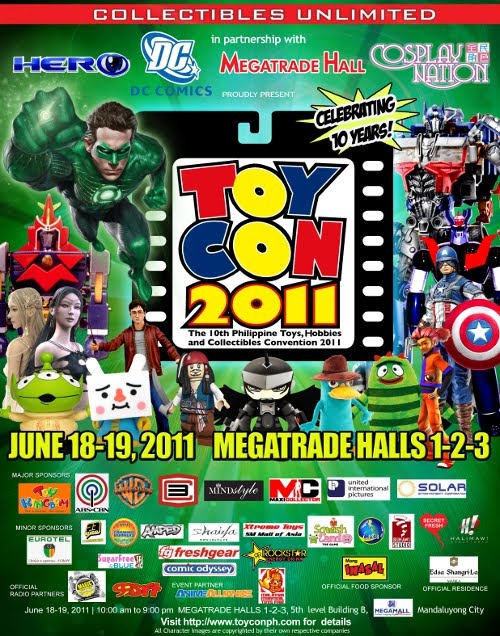 It started out as a small gathering of collectors wanting to sell, swap and share their collections in 2002 in a small function room of SM Megatrade. Today, The Philippine Toys, Hobbies and Collectibles Convention is the biggest of it's kind in the country.

Last weekend, a presscon for the 10th Philippine Toys, Hobbies and Collectibles Convention or TOYCON, which is now on its tenth year, was held at the function room of Eurotel in Malate. Friends from the press and online media were present as Mr.Vic Yap and Mr.Cholo Malilin talked about what we could expect from this year's TOYCON. 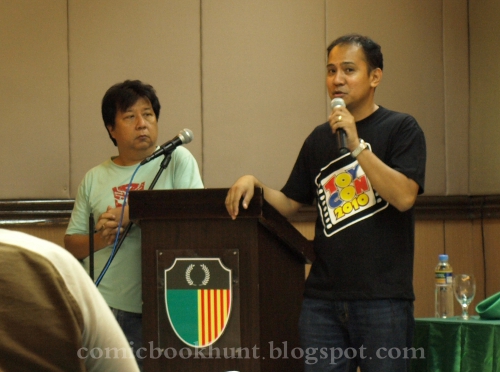 Vic Yap and  Cholo Malilin
This year's TOYCON has over 150 exhibitors-- a smorgasbord of toys, collector’s items, apparel, and high-end collectibles.

Being highlighted is the upcoming movie from DC The Green Lantern. An exhibit and special activities promoting the movie, such as a Green Lantern cosplay contest, toy exhibit, custom art and figures, and kiddie activities like face-painting and scavenger hunt. Also being highlighted is the final installment in the Harry Potter series, Harry Potter and the Deathly Hollows 2. Original costumes and movie props from previous Harry Potter movies will be on display. Other movies to be highlighted atthe convention are Transformers: Dark of the Moon and Marvel Comics' Captain America.

TOYCON also plays host to the filming of Cosplay Nation, a film about cosplaying produced by Yian Studios. The movie, which features China cosplay celebrities Linda Le, Cheng Yi and the Philippines' Alodia Gosiengfiao, will do its first leg of location shooting in the Philippines at the 10th Philippine TOYCON. 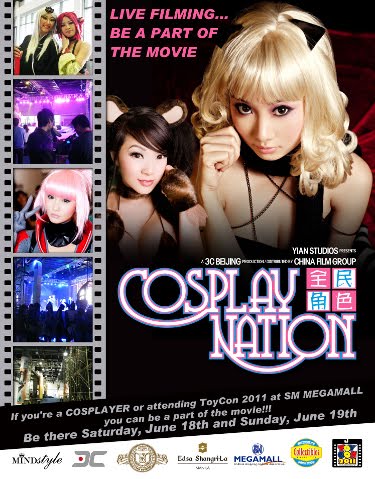 TOYCON will also be the host event for the Asia Cosplay Meet Philippines (ACMP), an international cosplay competition which is the annual qualifier to the Singapore Asia Cosplay Meet finals.  ACMP will determine the best cosplayers of the country who will travel to Singapore on June 25 to 27 and compete with the cosplayers from Singapore, Malaysia and Korea. 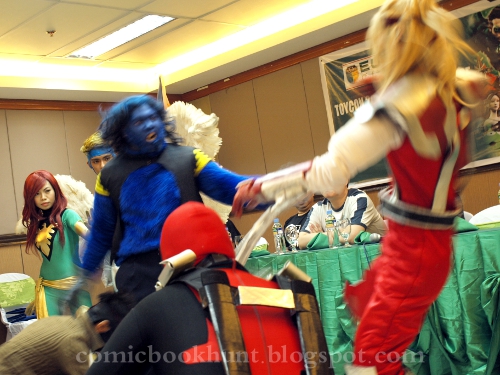 The X-men Cosplay Team doing a skit at the TOYCON presscon
Apart from the cosplay scene, there will be panel discussions featuring various creators and artists who have made it big in the international scene with their work in comics and toy designing, Guest artists include superstars in the DC and Marvel comics, Leinil Yu, Gerry Alanguilan, Harvey Tolibao, Jay Anacleto, Stephen Segovia, Carlos Pagulayan, and much more! There will also be an exhibit from Secret Fresh which will feature renowned toy art designs from Amanda Visell and Carlos East of the Beast Brothers, with local toy artists, Nemo Aguila and JP Cuison. 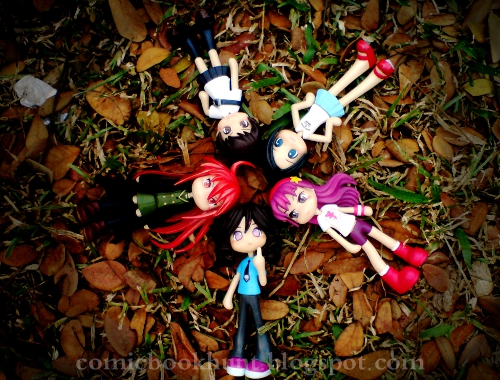 There will also be several contests for toy collectors such as the Toy Diorama Contest and Toy Clicks Photo contest, as well as an on the spot Cosplay Photography contest. You'll find the details of these contests and more on their website.

By the way, if you don't want to bother with the long line at the ticket booth on Saturday, you can get a ticket in advance at the Megatrade office tomorrow from 12NN to 9PM. They'll be selling 2-day tickets that are limited to only 1,000 pieces at Php 200.00.

The 10th Philippine Toys, Hobbies and Collectibles Convention will be this weekend, June 18-19, 2011 at the Megatrade Halls of SM Megamall.
Posted by Ryan at 10:38 AM